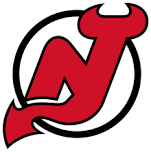 The Devils lost their last two games in a row. Moreover, they will now end their 5 away games in a row with this game against the Canucks. However, they also have 2 wins so far in their away run.
The Devils are on the bottom of the Metropolitan Divison. Therefore, they will need to improve in order to climb on the table.

The Canucks were on a good run before the home clash against the Blues. However, they have now suffered three defeats in a row. And their most recent defeat was in the game against the Jets.
The Canucks entered Saturday night third in the Pacific Division, three points behind Edmonton for the division lead. Vancouver has a good team this season and they will surely get back to winning ways. Therefore, this is a great chance for them.

Prediction
It seems that both sides are struggling at the moment. The Devils are not having a great season so far and they need to improve. An being on the bottom of their division is not something that gives them confidence.
And on the other side, the Canucks played well before dropping their form in the last three games.
Nevertheless, they are the better team and I expect a solid home win for the Canucks in this game.