The Wild is another team that has defensive issues this season. Moreover, their season so far is not good as they lost their last 4 games. However, this team will now aim to get their first win of the season.
But it seems that their main problem is that their defensive play is not good enough this season. To be more specific, it is safe to say that it is the main reason why they lost the first 4 games on the NHL season. 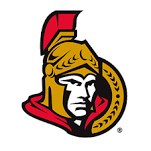 The Senators had a bad start of the season as they lost their first 3 games of the season. Moreover, they did not show their talent and potential in those games. However, Ottawa managed to turn the tide as they beat the Lightning in their last game with a score of 4-2. The Senators managed to beat the Lightning because their offence plan finally showed some good results and good team play.
And now the Senators now look to string up back to back wins by facing a winless team here.

Prediction
Both teams are not playing well in this early part of the season. Moreover, both sides are suffering as their back lines are still not compact. In simple words, both teams are not defending well and that can be a problem. However, the Senators are playing at home and they showed that they have quality in their last game against Tampa. So the winning momentum is on their side. Therefore, my pick for this game is Ottawa Senators.