The NHL is back in action today as the Florida Panthers will clash with the Buffalo Sabres.
The Panthers are heading into this game after a 6-3 defeat at home in the game against the Hurricanes. And on the other side, the Sabres managed to beat the Canadiens with a score of 4-2. 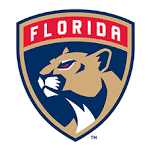 The Panthers showed some good performances as they beat Tampa Bay in a convincing way. However, that winning momentum did not last as they were beaten by Carolina in their last NHL game. Also, this is an improved team from last year but their defensive performances were not good enough in the game against Carolina.
Additionally, a positive element is that they have Bobrovsky in the team and he is one of the main weapons for Florida this season. 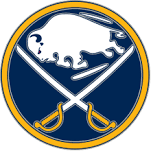 The Sabres suffered a disappointing defeat against Columbus away on Monday night. However, they managed to bounce back with a solid win against the Canadiens. This is a good team and they have shown that in this early phase of the season. Now, Buffalo has 4 wins in their last 5 games and there is more to come from this team. Nevertheless, the presence of Carter Hutton in the team is something that is somewhat undermined. But his record in the recent games is quite impressive.

Prediction
The Panthers are a good team and Bobrovsky is in a good form at the moment. However, their offensive game is not at the top level at the moment. On the other side, Buffalo suffered defensively in the games against Columbus and Montreal. But they are the better scoring team and they are playing at home. Therefore, I expect another win for the Sabres in this game.