The NHL is back in action today as the Calgary Flames will clash with the Washington Capitals.
Moreover, the Flames are heading into this game after a 3-0 over the Blue Jackets. And on the other side, the Capitals managed to beat the Sabres with a score of 6-1 at home. 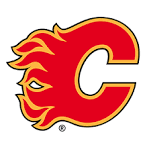 The Flames are heading into this game in a good form. Moreover, they are now aiming to get their 4th win in their last 5 games. This is a good team this year and they have shown that in the game against the Predators.
Additionally, they have the in-form David Ritch as he had 31 saves during his last game. As for this game, Cam Talbot will come in and his experience may be the key to success.

The Capitals are also on a good run as they got their 3rd win in a row in the game against Buffalo. Moreover, their recent record is very good as they have 7 wins in the last 8 games.
The Capitals now look to earn a fourth straight triumph as they host the Flames in this contest.
And for this game, they will have the in-form duo of Kempny and Ovechkin. Also, Braden Holtby had 29 saves in their latest win.

Prediction
Both teams are playing well at the moment. However, the Capitals are in a commanding form as they have shown that in the last 8 games. Also, the winning momentum and the quality is on their side. Therefore, I expect another win for Washington in this game.