It is Independence Day and the MLB brings more action as the Atlanta Braves will clash with the Chicago Cubs.
The Cubs won the opener with a score of 8-3 but the Braves have won the last two. Moreover, Atlanta will start with the right-hander Bryce Wilson to the mound against right-hander Tyler Chatwood. 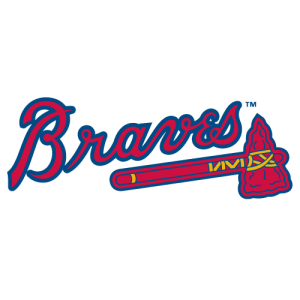 The Braves are a team that is playing well at the moment. Moreover, they are the top spot in the NL East with 5.5 lead over the Phillies. Also, they have 8.0 games lead over the Nationals. Therefore, it is safe to say that they have a solid lead over their main rivals.
Furthermore, this is probably the reason why they give the chance to Wilson as he will be making his third career start in the MLB.

The Braves will be heading into this game with a winning momentum as they won the third game. And that win was their 16th in the last 20 MLB games.

The Cubs are a team that is aiming for the top again. Moreover, they are on the 1st spot in the NL Central. However, they are involved in a tight race with the Milwaukee as they have only 1 game lead over the Brewers.
The Cubs have been inconsistent as of late, winning just four of their last 10 games. Offensively, they have some issues in the last two games against Atlanta, scoring just five combined runs.

On the offensive side of the game, the Cubs score an average of 5.02 per game. And this record is enough for the 12th spot in the MLB in scoring. Also, they are 16th in batting average at .252. The Cubs pitching is at 3.88 ERA which ranks sixth in baseball. Their bullpen also gets a lift from Craig Kimbrel, the celebrated free agent, who is expected to be activated before Thursday’s game.

Prediction
This is a game in which the Braves will give a chance to Wilson and that might the key element in this clash. Moreover, Chatwood is a better option compared to Wilson. Simply said, I do not expect that the young starter will not be able to withstand the offensive firepower of the CUbs. Therefore, take the Cubs to win this game.

My Free Pick & Prediction for Atlanta Braves vs. Chicago Cubs 07/03/2019 is: take the  Chicago Cubs: take the -154 Moneyline at the Resort Casino.com